Two of our staffers read this book, and they loved it.  It has secret societies, an unsolvable puzzle (supposedly), and characters you’ll absolutely adore.  Once you get involved in Clay’s story, you won’t want to put it down.  We definitely recommend this winner of the Alex Award, finalist for the Los Angeles Times Book Prize for First Fiction, and named a Best Book of the Year by NPR, Los Angeles Times, and San Francisco Chronicle.   A perfect summer read, or something to help distract you from the fact that no, it’s not vacation time yet for you, check it out from the Library today!  We have it in regular and large type.

“The Great Recession has shuffled Clay Jannon away from life as a San Francisco web-design drone and into the aisles of Mr. Penumbra’s 24-Hour Bookstore. But after a few days on the job, Clay discovers that the store is more curious than either its name or its gnomic owner might suggest. The customers are few, and they never seem to buy anything—instead, they “check out” large, obscure volumes from strange corners of the store. Suspicious, Clay engineers an analysis of the clientele’s behavior, seeking help from his variously talented friends. But when they bring their findings to Mr. Penumbra, they discover the bookstore’s secrets extend far beyond its walls. Rendered with irresistible brio and dazzling intelligence, Robin Sloan’s Mr. Penumbra’s 24-Hour Bookstore is exactly what it sounds like: an establishment you have to enter and will never want to leave.”– Taken from Amazon.com

Looking for the next big psychological thriller?  Check out this week’s staff pick I Let You Go by Clare Mackintosh.  This is a […]

As You Wish is the aptly named part-biography and part behind-the-scenes look at The Princess Bride.  We have several staffers who love the […] 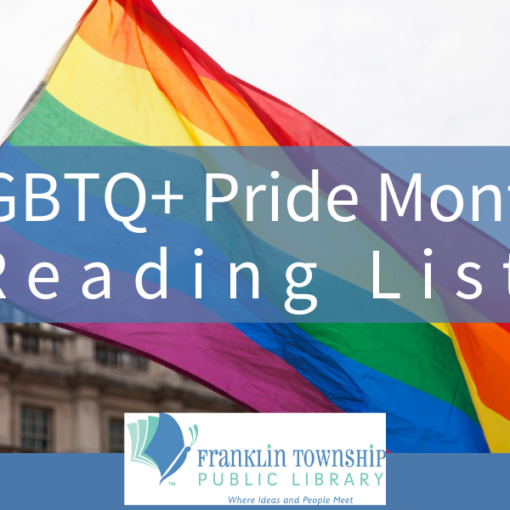 Each June, LGBTQ+ Pride Month is celebrated throughout the world. “The purpose of the commemorative month is to recognize the impact that […]

A Discovery of Witches is the first in a trilogy by Deborah Harkness.  The trilogy is now complete with July’s publishing of The […]