Today is Star Wars Day! Beginning as a grassroots fan commemoration of the epic sci-fi franchise, the day has grown into a worldwide celebration of the Star Wars universe and all of the sheer awesomeness it contains! The date, May fourth, was chosen as a pun on one of the franchise’s most memorial phrases: may the force be with you. While the films (created by George Lucas and Lucasfilm Ltd.) started it all, Star Wars has an extensive lore and expanded story line created by casual fans and professional writers alike. Part of this body of work, written by many different authors after the original trilogy’s release and officially licensed by Lucasfilm, is known as the Expanded Universe (EU). These books take place on many different points in the Star Wars timeline, from the end of the original trilogy and prequels, to hundreds of years in the future. Although much of the EU was announced to be non-cannon in 2014 by Disney in advance of the new Star Wars trilogy’s release, much of the material (now referred to as Legends), is still much beloved by fans and referenced in other Star Wars works.

The library owns some of the most prominent of the EU works! Here are a few that are considered to be standout titles/series:

Shadows of the Empire by Steve Perry

“Here is the untold story of the events that took place between the movies The Empire Strikes Back and Return of the Jedi: a novel in which Darth Vader still lives–and battles a villain as powerful and evil as himself.

It is a time of crisis. Han Solo, frozen in carbonite, is being taken to the vile gangster Jabba the Hutt. As Princess Leia mounts a rescue mission including Luke Skywalker, Lando Calrissian, and a brilliant young pilot, Darth Vader pits himself against a cunning and ruthless rival. Xizor is the leader of a powerful crime syndicate who seeks to supplant Vader for the favor of their mutual master, the dreaded Emperor. Their target: Luke Skywalker. Suddenly Luke finds himself the potential prize of the two most evil entities in the galaxy–one who wants him alive…and one who wants him dead.” -From Goodreads.com

“One of the most cunning and ruthless warriors in the history of the Galactic Empire, Grand Admiral Thrawn is also one of the most captivating characters in the Star Wars universe, from his introduction in bestselling author Timothy Zahn’s classic Heir to the Empire through his continuing adventures in Dark Force Rising, The Last Command, and beyond. But Thrawn’s origins and the story of his rise in the Imperial ranks have remained mysterious. Now, in Star Wars: Thrawn, Timothy Zahn chronicles the fateful events that launched the blue-skinned, red-eyed master of military strategy and lethal warfare into the highest realms of power—and infamy.” -From Goodreads.com 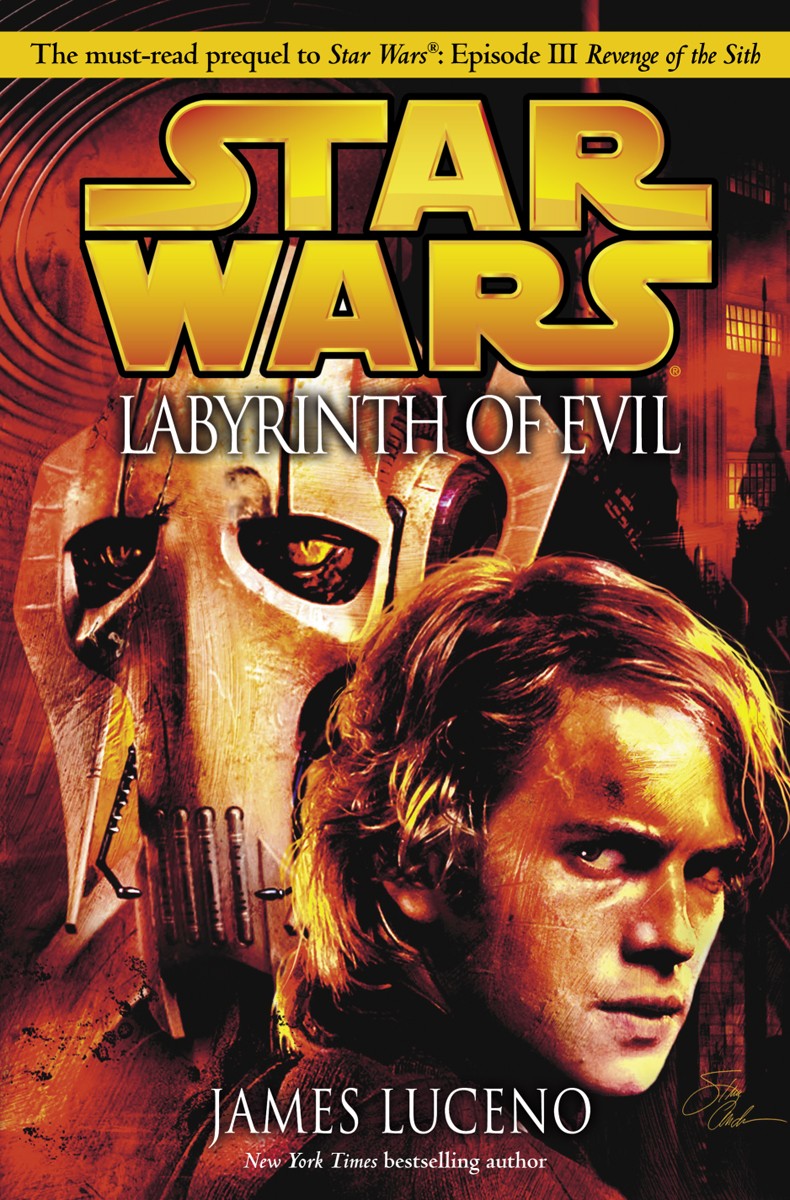 Labyrinth of Evil by James Luceno

“The war that erupted in Star Wars: Episode II Attack of the Clones is nearing its boiling point, as the dauntless Separatist forces continue their assault on the teetering Republic-and the diabolical triumvirate of Count Dooku, General Grievous, and their Master, Darth Sidious, fine-tune their strategy for conquest. In Episode III Revenge of the Sith the fates of key players on both sides of the conflict will be sealed. But first, crucial events that pave the way to that time of reckoning unfold in a labyrinth of evil. . . .” -From Goodreads.com

“On the run from vengeful Republic forces, Dessel, a cortosis miner, vanishes into the ranks of the Sith army and ships out to join the bloody war against the Republic and its Jedi champions. There, Dessel’s brutality, cunning, and exceptional command of the Force swiftly win him renown as a warrior. But in the eyes of his watchful masters, a far greater destiny awaits him.
As an acolyte in the Sith academy, studying the secrets and skills of the dark side, Dessel embraces his new identity: Bane. But the true test is yet to come. In order to gain acceptance into the Brotherhood of Darkness, he must defy the most sacred traditions and reject all he has been taught. It is a trial by fire in which he must surrender fully to the dark side–and forge from the ashes a new era of absolute power.” -From Amazon.com

Here are a few more of the many Star Wars titles we have at the library. Come check one out today!

2015 is quickly coming to a close which means it’s the final days for the 2015 Read Harder Challenge.  Did you manage […]

Banned books are books that have been removed from the shelves of a library, bookstore, or classroom due to controversial content.  A […]

Are you entering 1st-4th grade and can read independently? It’s time to apply to be a Summer Reading Buddy!  The program is […]