Jack is a common name in the English language, so maybe that’s why the name Jack appears so often in folktales and nursery rhymes.

There is Jack Be Nimble, Jack and the Beanstalk, Jack Sprat, Jack and Jill, and Little Jack Horner, to name a few.

Did you know that it was originally Jack and Gill, not Jill? That was the original name of the Two Little Blackbirds, also.

And jumping over a candlestick was a fortunetelling game: If you (or Jack) could jump over the candlestick without extinguishing the flame, you would have good fortune.

Help your child further develop gross (or large) motor skills by playing Jack Be Nimble! Set up a candlestick (but don’t light it!) or a small tower of blocks and take turns jumping over it – see who can jump the highest without knocking it over. Hold a Living Room Relay and try some other cross country activities, like the broad jump. Use a rope or a scarf as a start line and jump as far as you can – mark the spot with a small object. Which family member went the farthest? Use stuffed animals for a three-legged race by tying the legs of two of them together with a scarf. Have your child make one team walk to a designated spot while you or another family member helps another team do the same. Who wins?

Work on balance with an egg and spoon race – use two tablespoons and two hard-boiled eggs. You and your little one each hold a tablespoon with an egg in it and see who can walk across the room without letting the egg drop off the spoon. It’s harder than it looks! If the egg falls, recite Humpty Dumpty together,and when you are finished with the race, peel the egg to make egg salad sandwiches for lunch!

Most of all, have fun encouraging your little one to grow in his or her skills!

Walk-ins are welcome! If a program is full, take your chances and come anyway – there are always people who don’t show […] 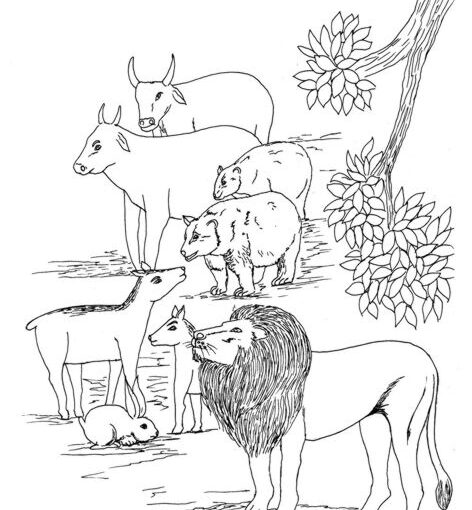 Hares seem to have a prominent place in folk literature. In addition to the Turkish story of The Three Hares that I […]

Vacation Creations: Hedgehogs!Have you ever seen a hedgehog? Their unusual name comes from the way they hunt for their food, poking their […]