On this day fifty years ago, crew members of the Apollo 11 mission became the first humans ever to set foot on our planet’s only moon. Video of Neil Armstrong and Buzz Aldrin stepping out of the lunar module onto a desolate and alien surface was broadcast to awestruck viewers around the world. As humanity now looks to travel to Mars and beyond, we look back fifty years to when the crew of the Apollo 11 undertook their mission to the moon “in peace for all mankind.” 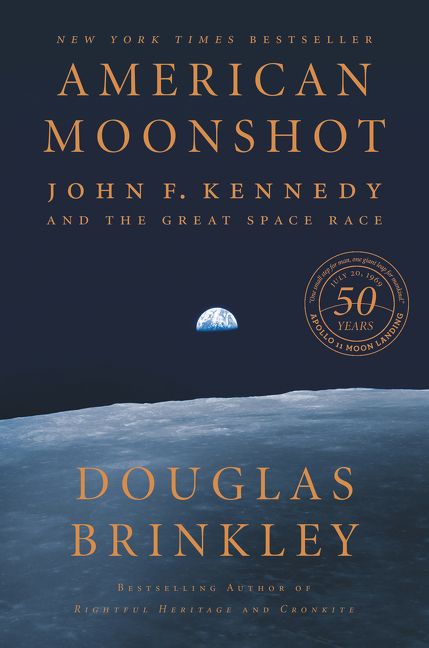 “On May 25, 1961, JFK made an astonishing announcement: his goal of putting a man on the moon by the end of the decade. In this engrossing, fast-paced epic, Douglas Brinkley returns to the 1960s to recreate one of the most exciting and ambitious achievements in the history of humankind. American Moonshotbrings together the extraordinary political, cultural, and scientific factors that fueled the birth and development of NASA and the Mercury, Gemini and Apollo projects, which shot the United States to victory in the space race against the Soviet Union at the height of the Cold War.

Drawing on new primary source material and major interviews with many of the surviving figures who were key to America’s success, Brinkley brings this fascinating history to life as never before. American Moonshot is a portrait of the brilliant men and women who made this giant leap possible, the technology that enabled us to propel men beyond earth’s orbit to the moon and return them safely, and the geopolitical tensions that spurred Kennedy to commit himself fully to this audacious dream. Brinkley’s ensemble cast of New Frontier characters include rocketeer Wernher von Braun, astronaut John Glenn and space booster Lyndon Johnson.

A vivid and enthralling chronicle of one of the most thrilling, hopeful, and turbulent eras in the nation’s history, American Moonshot is an homage to scientific ingenuity, human curiosity, and the boundless American spirit.” -From Goodreads.com

Moon Shot: The Inside Story of America’s Race to the Moon by Alan Shepard

“The never-before-told story of the courage, dedication, and teamwork that made the journey to the moon possible–an intense human drama of the sacrifices and risks asked of a remarkable group of astronauts. Shepard and Slayton, part of the pioneering space program from the beginning, tell this fascinating inside story. 32 pages of photos.” -From Goodreads.com 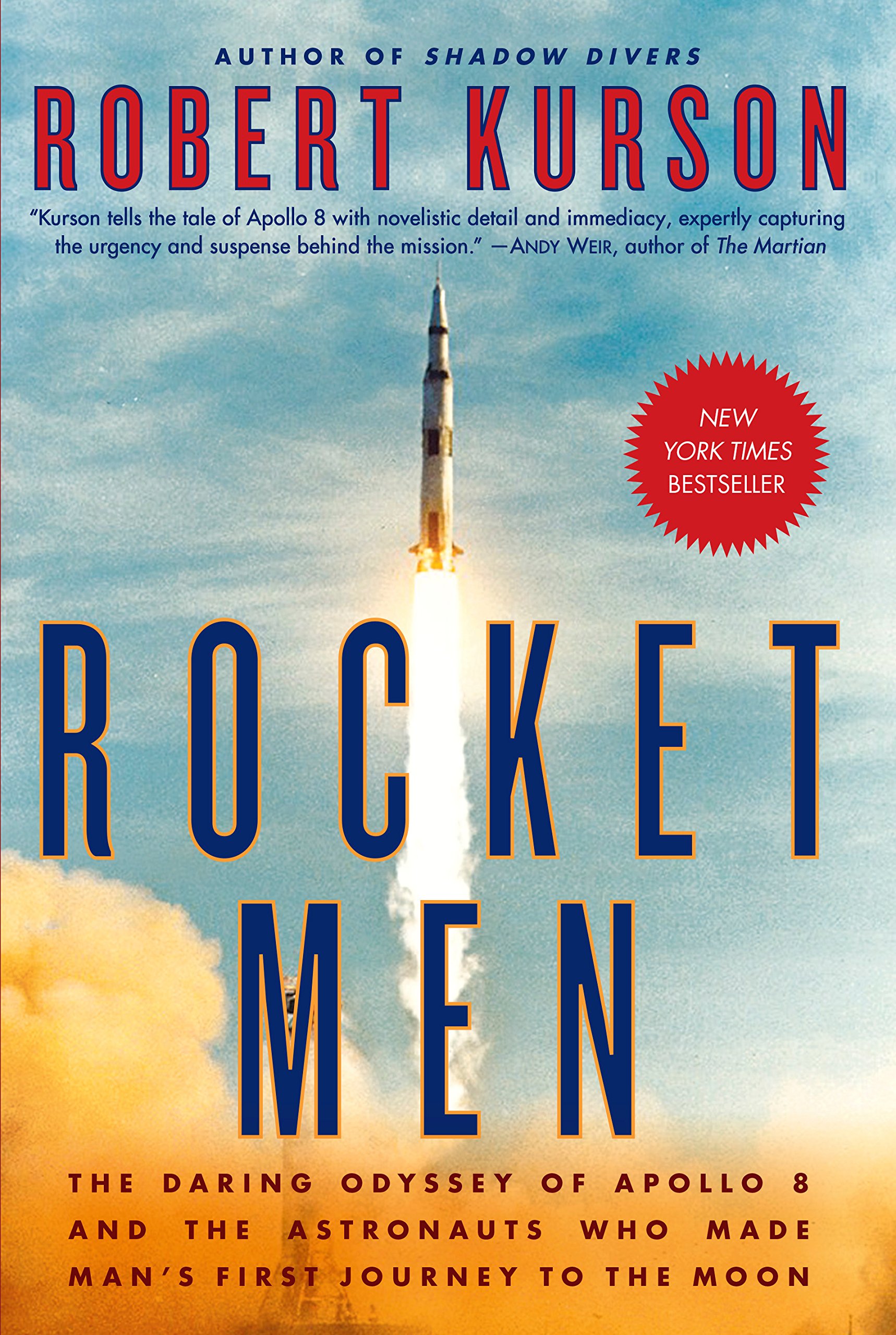 Rocket Men: The Daring Odyssey of Apollo 8 and the Astronauts Who Made
Man’s First Journey to the Moon by Robert Kurson

“In early 1968, the Apollo program was on shaky footing. President Kennedy’s end-of-decade deadline to put a man on the Moon was in jeopardy, and the Soviets were threatening to pull ahead in the space race. By August 1968, with its back against the wall, NASA decided to scrap its usual methodical approach and shoot for the heavens. With just four months to prepare–a fraction of the normal time–the agency would send the first men in history to the Moon. In a year of historic violence and discord–the Tet offensive, the assassinations of MLK and RFK, the Chicago DNC riots–the Apollo 8 mission was the boldest test of what America could do. With a focus on astronauts Frank Borman, Jim Lovell, and Bill Anders, and their wives and children, this is a vivid, gripping, you-are-there narrative that shows anew the epic danger involved, and the singular bravery it took, for man to leave Earth for the first time–and to arrive at a new world.” -From Goodreads.com 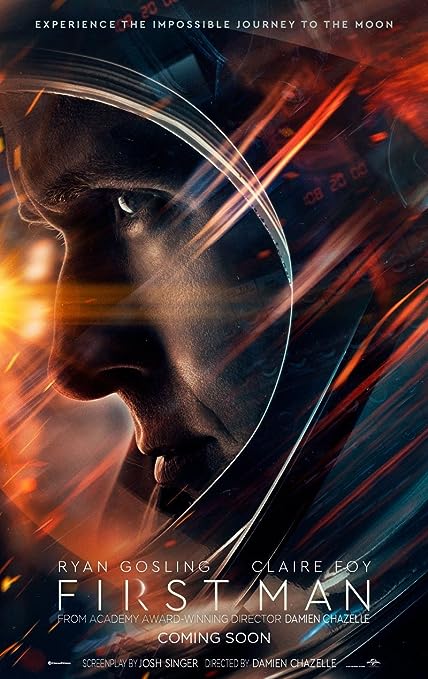 “A look at the life of the astronaut, Neil Armstrong, and the legendary space mission that led him to become the first man to walk on the Moon on July 20, 1969.” -IMDB 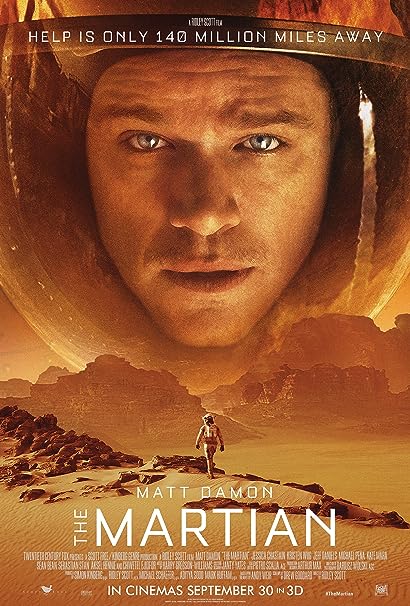 “An astronaut becomes stranded on Mars after his team assume him dead, and must rely on his ingenuity to find a way to signal to Earth that he is alive.” -IMDB 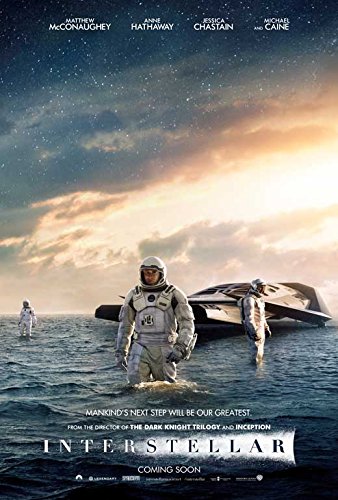 “A team of explorers travel through a wormhole in space in an attempt to ensure humanity’s survival.” -IMDB