Both sides of the Pulitzer Prize medal.

The winners of the 2019 Pulitzer Prize have recently been announced! Since it’s founding in 1917 by Hungarian-born publishing giant Joseph Pulitzer, the Prize has been awarded to a number of different categories every year, including reporting, music, poetry, and literary criticism! Click here for a complete list of winners for 2019, and for winners throughout the decades.

Here are the titles and writers who won the 2019 Pulitzer Prize for Letters, Drama, and Music:

The Overstory by Richard Powers

“The Overstory is a sweeping, impassioned work of activism and resistance that is also a stunning evocation of―and paean to―the natural world. From the roots to the crown and back to the seeds, Richard Powers’s twelfth novel unfolds in concentric rings of interlocking fables that range from antebellum New York to the late twentieth-century Timber Wars of the Pacific Northwest and beyond. There is a world alongside ours―vast, slow, interconnected, resourceful, magnificently inventive, and almost invisible to us. This is the story of a handful of people who learn how to see that world and who are drawn up into its unfolding catastrophe.” -From Goodreads.com

The Overstory is available to check out in print or CD audiobook! Click here to reserve a copy today!

This title is also available in eAudio format on rbDigital! Click here to check it out today!

“Dazzling and ruthless…one of the most exquisitely and systematically arranged ambushes of an unsuspecting audience in years…a glorious, scary reminder of the unmatched power of live theater to rattle, roil and shake us wide awake.” —New York Times

“Grandma’s birthday approaches. Beverly is organizing the perfect dinner, but everything seems doomed to go awry—the silverware is all wrong, the radio is on the fritz, and the rest of the family can’t be bothered to lift a hand to help. And yet, what appears at first to be a standard family dramedy takes a sharp, sly turn into a startling examination of deep-seated paradigms about race in America.” -From Amazon.com

“As a young man Frederick Douglass (1818–1895) escaped from slavery in Baltimore, Maryland. He was fortunate to have been taught to read by his slave owner mistress, and he would go on to become one of the major literary figures of his time. His very existence gave the lie to slave owners: with dignity and great intelligence he bore witness to the brutality of slavery.

Initially mentored by William Lloyd Garrison, Douglass spoke widely, using his own story to condemn slavery. By the Civil War, Douglass had become the most famed and widely travelled orator in the nation. In his unique and eloquent voice, written and spoken, Douglass was a fierce critic of the United States as well as a radical patriot. After the war he sometimes argued politically with younger African Americans, but he never forsook either the Republican party or the cause of black civil and political rights.

In this “cinematic and deeply engaging” (The New York Times Book Review) biography, David Blight has drawn on new information held in a private collection that few other historian have consulted, as well as recently discovered issues of Douglass’s newspapers. “Absorbing and even moving…a brilliant book that speaks to our own time as well as Douglass’s” (The Wall Street Journal), Blight’s biography tells the fascinating story of Douglass’s two marriages and his complex extended family. “David Blight has written the definitive biography of Frederick Douglass…a powerful portrait of one of the most important American voices of the nineteenth century” (The Boston Globe).” -From Goodreads.com

The New Negro: The Life of Alain Locke by Jeffrey C. Stewart

“A tiny, fastidiously dressed man emerged from Black Philadelphia around the turn of the century to mentor a generation of young artists including Langston Hughes, Zora Neale Hurston, and Jacob Lawrence and call them the New Negro — the creative African Americans whose art, literature, music, and drama would inspire Black people to greatness.

In The New Negro: The Life of Alain Locke, Jeffrey C. Stewart offers the definitive biography of the father of the Harlem Renaissance, based on the extant primary sources of his life and on interviews with those who knew him personally. He narrates the education of Locke, including his becoming the first African American Rhodes Scholar and earning a PhD in philosophy at Harvard University, and his long career as a professor at Howard University. Locke also received a cosmopolitan, aesthetic education through his travels in continental Europe, where he came to appreciate the beauty of art and experienced a freedom unknown to him in the United States. And yet he became most closely associated with the flowering of Black culture in Jazz Age America and his promotion of the literary and artistic work of African Americans as the quintessential creations of American modernism. In the process he looked to Africa to find the proud and beautiful roots of the race. Shifting the discussion of race from politics and economics to the arts, he helped establish the idea that Black urban communities could be crucibles of creativity. Stewart explores both Locke’s professional and private life, including his relationships with his mother, his friends, and his white patrons, as well as his lifelong search for love as a gay man.

Stewart’s thought-provoking biography recreates the worlds of this illustrious, enigmatic man who, in promoting the cultural heritage of Black people, became — in the process — a New Negro himself.” -From Goodreads.com

Be With by Forrest Gander

“Drawing from his experience as a translator, Forrest Gander includes in the first, powerfully elegiac section a version of a poem by the Spanish mystical poet St. John of the Cross. He continues with a long multilingual poem examining the syncretic geological and cultural history of the U.S. border with Mexico. The poems of the third section―a moving transcription of Gander’s efforts to address his mother dying of Alzheimer’s―rise from the page like hymns, transforming slowly from reverence to revelation. Gander has been called one of our most formally restless poets, and these new poems express a characteristically tensile energy and, as one critic noted, ‘the most eclectic diction since Hart Crane.'” -From Amazon.com 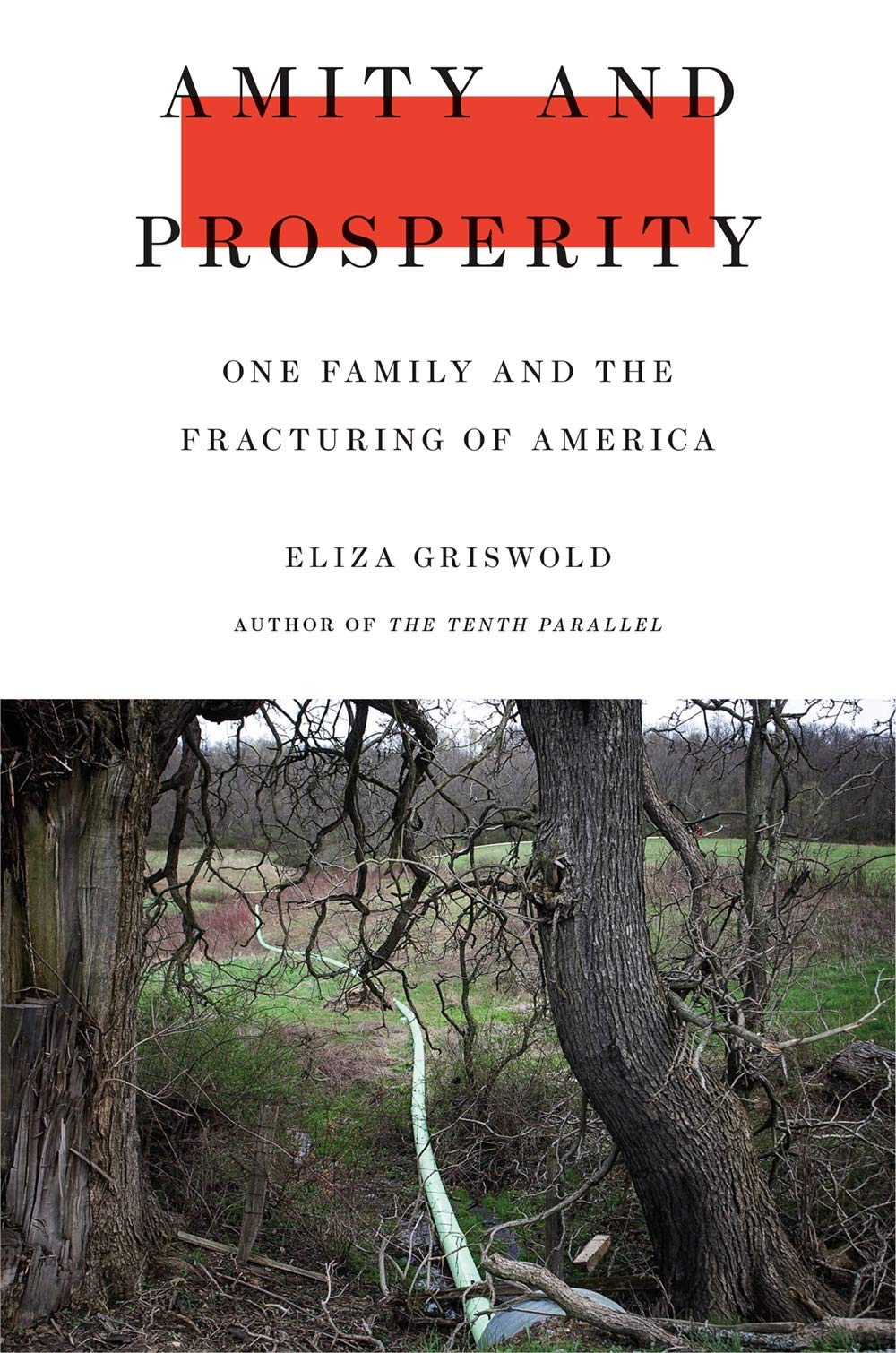 Amity and Prosperity : One Family and the Fracturing of America by Eliza Griswold

“Stacey Haney, a lifelong resident of Amity, Pennsylvania, is struggling to support her children when the fracking boom comes to town. Like most of her neighbors, she sees the energy companies’ payments as a windfall. Soon trucks are rumbling down her unpaved road and a fenced-off fracking site rises on adjacent land. But her annoyance gives way to concern and then to fear as domestic animals and pets begin dying and mysterious illnesses strike her family—despite the companies’ insistence that nothing is wrong.

Griswold masterfully chronicles Haney’s transformation into an unlikely whistle-blower as she launches her own investigation into corporate wrongdoing. As she takes her case to court, Haney inadvertently reveals the complex rifts in her community and begins to reshape its attitudes toward outsiders, corporations, and the federal government. Amity and Prosperityuses her gripping and moving tale to show the true costs of our energy infrastructure and to illuminate the predicament of rural America in the twenty-first century.” -From Goodreads.com 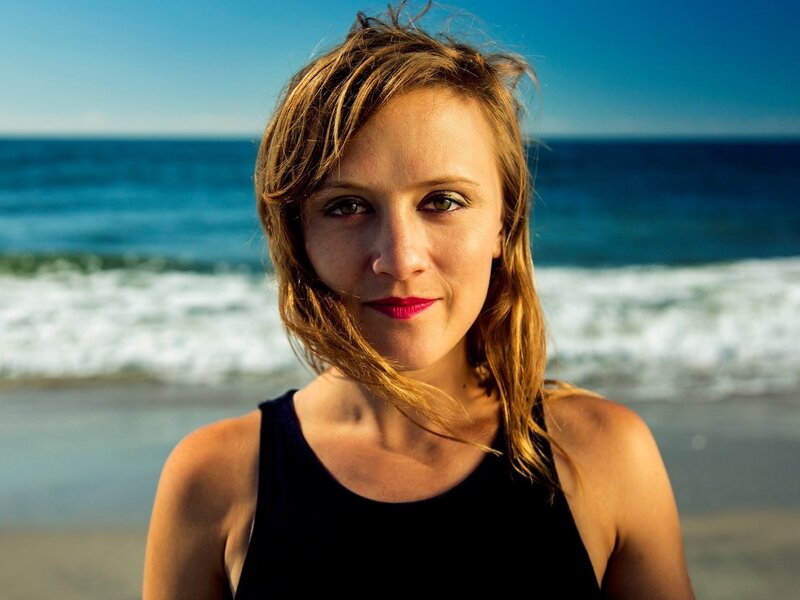 “Locked away in a sterile room, a sickly child Bibi and her doting mother Lumee are each other’s sole protectors from the unknown. When a mysterious illness lurking outside their door leaves Bibi unable to walk, her youthful curiosity begins to simmer and a seductive external existence can no longer be ignored. p r i s m, by Ellen Reid and Roxie Perkins, is a haunting, kaleidoscopic new work of opera-theatre that traverses the elasticity of memory after trauma. Composer Ellen Reid’s music erupts with color, using choral and orchestral manipulation to deliver an eerily distinct sonic world.” -From the Roy and Edna Disney/CalArts Theater Website

Have you read or seen any of these award winning works? Give us your thoughts by leaving a comment below!