Skip to content
Home » Books » Staff Review – Death in the Air: The True Story of a Serial Killer, the Great London Smog, and the Strangling of a City by Kate Winkler Dawson 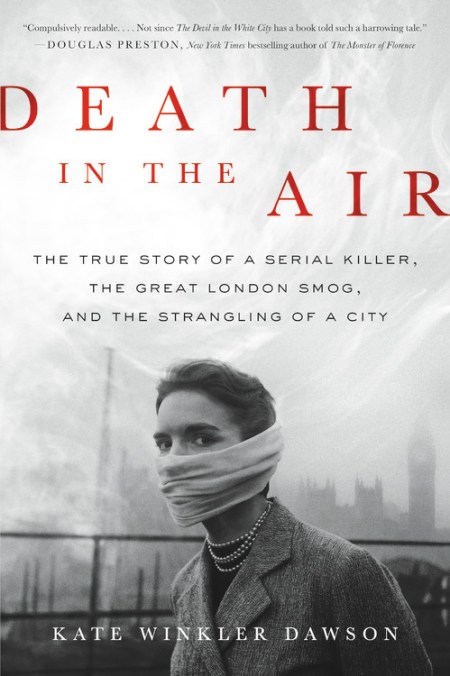 Kate Winkler Dawson’s Death in the Air intertwines the stories of two deadly phenomena that Londoners experienced during the early 1950’s. The first relates to John Reginald Christie, a serial killer who was active in London’s Notting Hill. The second involves what became known as the Great Smog of 1952 – a pollution fueled fog that was eventually responsible for perhaps as many as 12,000 deaths. Augmented by eyewitness accounts, the combination of these stories produces a grim portrait of postwar London, a city already gripped with poverty, unemployment, a high crime rate, and the continuing aftermath of the Blitz.

The strongest quality of Death in the Air is its fast pace; Dawson creates a compelling read that is often hard to put down. The number of important names and places included is few, which further adds to the book’s readability. For these reasons, I would recommend this book to anyone starting out with nonfiction, or for regular readers of nonfiction/history who dislike getting bogged down in details, places, or names. Given the grim nature of the topics covered, I would also recommend this book to anyone who is a fan of true crime.

Thanks for reading! If you agree, disagree, or just want to say hi, leave a comment!