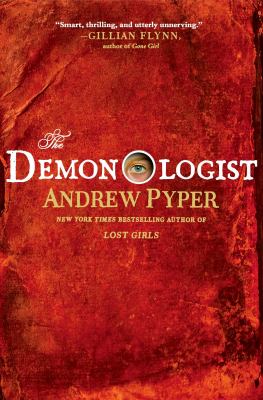 The Demonologist by Andrew Pyper

Andrew Pyper’s latest novel will appeal to fans of The Historian, The Da Vinci Code, and the Exorcist . In the supernatural literary thriller Milton expert Professor David Ullman’s knowledge of hell is put to the test as he races to find his daughter lost in the underworld. An unsettling work examining demons both real and supernatural The Demonologist remains a thrilling read that will engage readers looking for both a literary excursion and shiver of fear.

An excerpt is available via Simon and Schuster at http://www.simonpop.com/authors/andrew-pyper#book_excerpt

Check out the book trailer after the break!

Professor David Ullman’s expertise in the literature of the demonic—notably Milton’sParadise Lost—has won him wide acclaim. But David is not a believer.

One afternoon he receives a visitor at his campus office, a strikingly thin woman who offers him an invitation: travel to Venice, Italy, witness a “phenomenon,” and offer his professional opinion, in return for an extravagant sum of money. Needing a fresh start, David accepts and heads to Italy with his beloved twelve-year-old daughter Tess.

What happens in Venice will send David on an unimaginable journey from skeptic to true believer, as he opens himself up to the possibility that demons really do exist. In a terrifying quest guided by symbols and riddles from the pages of Paradise Lost, David attempts to rescue his daughter from the Unnamed—a demonic entity that has chosen him as its messenger