May is Jewish-American Heritage Month. “A national month of recognition of the more than 360-year history of Jewish contributions to American culture, JAHM acknowledges the achievements of American Jews in fields ranging from sports and arts and entertainment to medicine, business, science, government, and military service.” -from www.jahm.us. “The month of May was chosen due to the highly successful celebration of the 350th Anniversary of American Jewish History in May 2004, which was organized by the Commission for Commemorating 350 Years of American Jewish History.” -from www.jewishheritagemonth.gov.

To honor JAHM, the Library’s gallery display for the second half of May features fiction and nonfiction works by and about prominent Jewish-American authors, writers, musicians, artists, and more. Here are a few standout titles from the display: 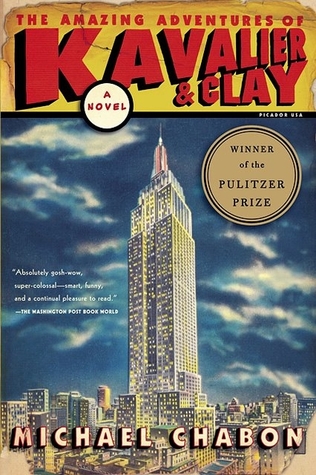 The Amazing Adventures of Kavalier and Clay by Michael Chabon

“A ‘towering, swash-buckling thrill of a book’ (Newsweek), hailed as Chabon’s ‘magnum opus’ (The New York Review of Books), The Amazing Adventures of Kavalier & Clay is a triumph of originality, imagination, and storytelling, an exuberant, irresistible novel that begins in New York City in 1939. A young escape artist and budding magician named Joe Kavalier arrives on the doorstep of his cousin, Sammy Clay. While the long shadow of Hitler falls across Europe, America is happily in thrall to the Golden Age of comic books, and in a distant corner of Brooklyn, Sammy is looking for a way to cash in on the craze. He finds the ideal partner in the aloof, artistically gifted Joe, and together they embark on an adventure that takes them deep into the heart of Manhattan, and the heart of old-fashioned American ambition. From the shared fears, dreams, and desires of two teenage boys, they spin comic book tales of the heroic, fascist-fighting Escapist and the beautiful, mysterious Luna Moth, otherworldly mistress of the night. Climbing from the streets of Brooklyn to the top of the Empire State Building, Joe and Sammy carve out lives, and careers, as vivid as cyan and magenta ink. Spanning continents and eras, this superb book by one of America’s finest writers remains one of the defining novels of our modern American age.” -from Amazon.com

Dinner with Lenny: The Last Long Interview with Leonard Bernstein by Jonathan Cott

After Rolling Stone magazine published an abridged version of the conversation in 1990, the Chicago Tribune praised it as “an extraordinary interview” filled with “passion, wit, and acute analysis.” Studs Terkel called the interview “astonishing and revelatory.” Now, this full-length version provides the reader with a unique, you-are-there perspective on what it was like to converse with this gregarious, witty, candid, and inspiring American dynamo.” -from Amazon.com 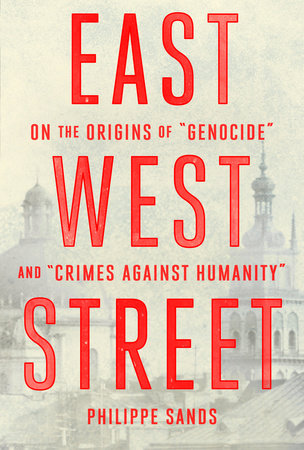 East West Street: On the Origins of “Genocide” and “Crimes Against Humanity” by Philippe Sands

“A profound and profoundly important book—a moving personal detective story, an uncovering of secret pasts, and a book that explores the creation and development of world-changing legal concepts that came about as a result of the unprecedented atrocities of Hitler’s Third Reich.

East West Street looks at the personal and intellectual evolution of the two men who simultaneously originated the ideas of “genocide” and “crimes against humanity,” both of whom, not knowing the other, studied at the same university with the same professors, in a city little known today that was a major cultural center of Europe, ‘the little Paris of Ukraine,’ a city variously called Lemberg, Lwów, Lvov, or Lviv. It is also a spellbinding family memoir, as the author traces the mysterious story of his grandfather, as he maneuvered through Europe in the face of Nazi atrocities.

East West Street is a book that changes the way we look at the world, at our understanding of history and how civilization has tried to cope with mass murder.” -from Amazon.com

Come in to the Main Branch and check out our display today!