In this series, we briefly highlight new books in our collection that have been creating a buzz in the literary world. Whether or not you think the hype is justified is up to the reader; you’ll just have to read and find out! Today’s entry is “Insurrecto” by Gina Apostol. 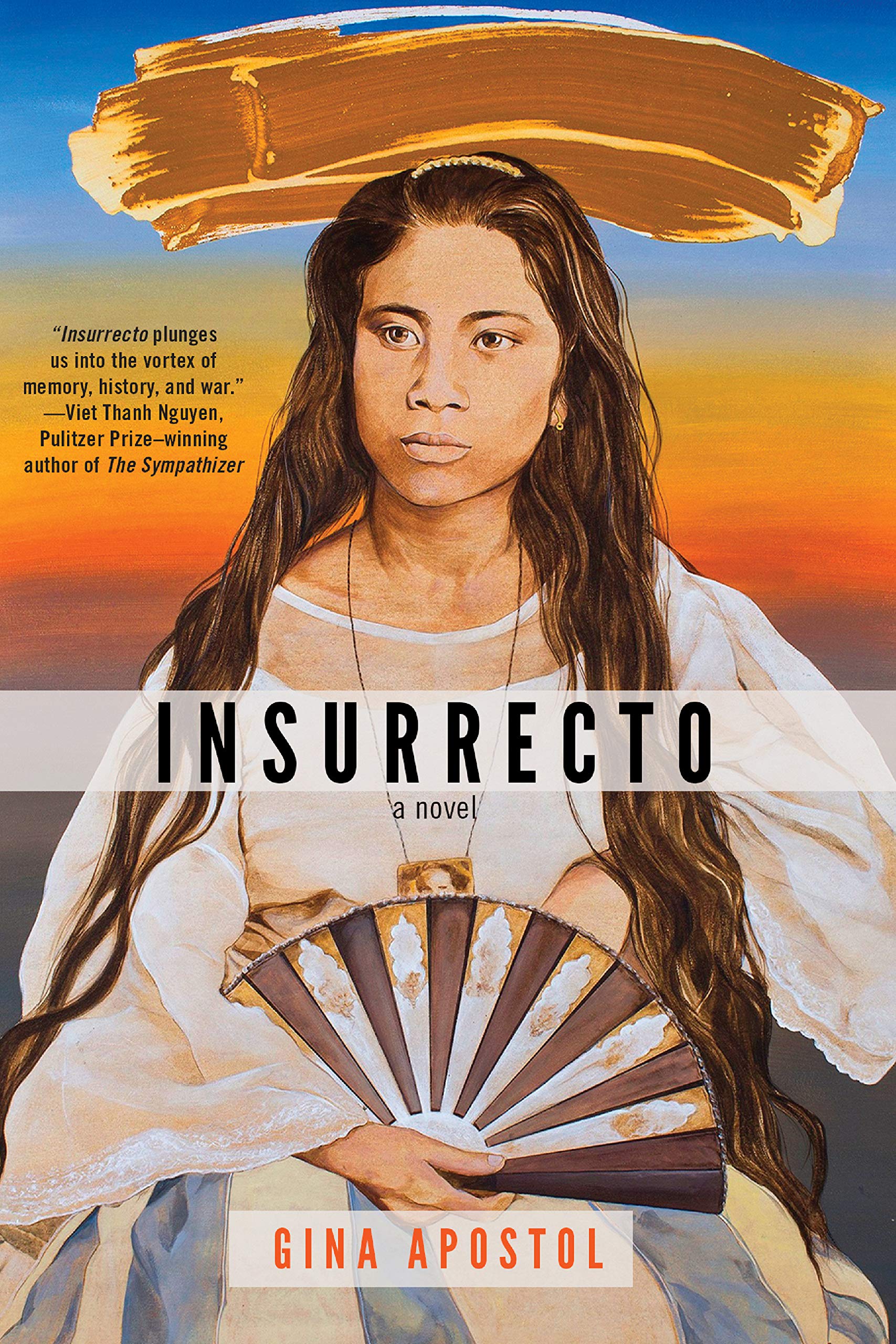 “Two women, a Filipino translator and an American filmmaker, go on a road trip in Duterte’s Philippines, collaborating and clashing in the writing of a film script about a massacre during the Philippine-American War. Chiara is working on a film about an incident in Balangiga, Samar, in 1901, when Filipino revolutionaries attacked an American garrison, and in retaliation American soldiers created “a howling wilderness” of the surrounding countryside. Magsalin reads Chiara’s film script and writes her own version. Insurrecto contains within its dramatic action two rival scripts from the filmmaker and the translator—one about a white photographer, the other about a Filipino schoolteacher.

Within the spiraling voices and narrative layers of Insurrecto are stories of women—artists, lovers, revolutionaries, daughters—finding their way to their own truths and histories. Using interlocking voices and a kaleidoscopic structure, the novel is startlingly innovative, meditative, and playful. Insurrecto masterfully questions and twists narrative in the manner of Italo Calvino’s If on a Winter’s Night a Traveler, Julio Cortázar’s Hopscotch, and Nabokov’s Pale Fire. Apostol pushes up against the limits of fiction in order to recover the atrocity in Balangiga, and in so doing, she shows us the dark heart of an untold and forgotten war that would shape the next century of Philippine and American history.” -From Goodreads.com